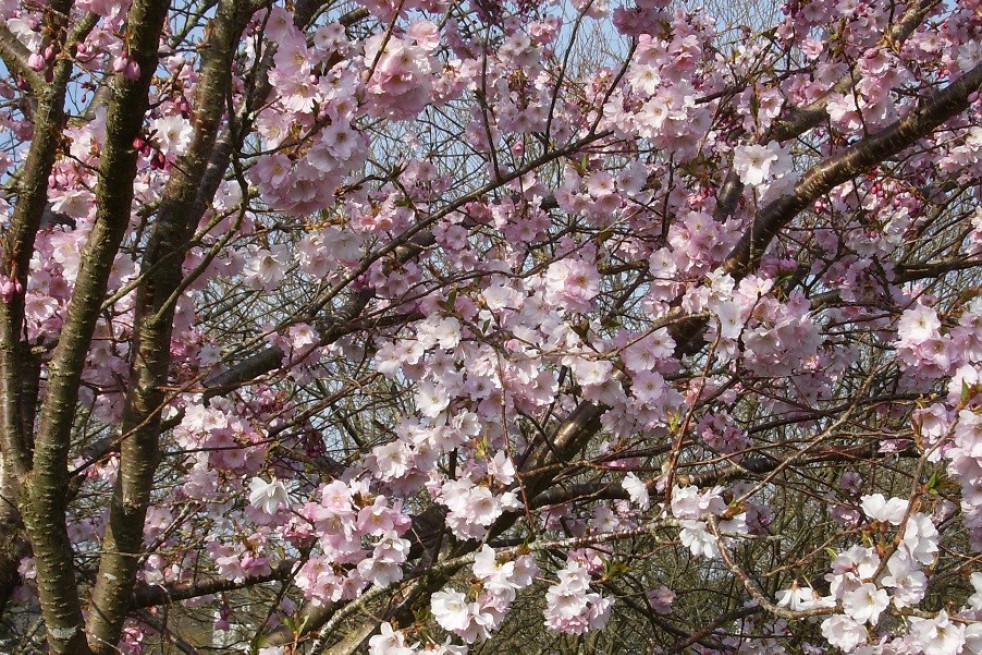 The Prunus Accolade or Cherry Blossom Accolade brace is an elegant tree reaching 5 to 7 m in height as an adult, obtained by hybridization of a Prunus Sargentti and a Prunus Subhirtella. Its flexible and drooping branches grow to form a large flared crown 4 to 5 m in spread.

Its flowering is very early. From the month of March and until the end of April, dark pink buds are formed and give rise to semi-double, bright pink flowers, arranged in hanging bouquets. You will take advantage until the end of April of these flowering clusters which cover the Cherry Blossom Accolade blossom abundantly before the appearance of its leaves.

Hardy, Prunus Accolade withstands harsh winters down to -20° C. To be planted in a sunny position. Undemanding, it is content with ordinary soil that is well drained and fresh. Do not prune it if you want it to keep its naturally supple and wide shape.

Isolated on your lawn or at the bottom of a bed, the Cherry Blossom Accolade stands out as a decorative tree, thanks to its graceful antlers, its hasty flowers with acidulous colors and its green leaves which take on a pretty coppery hue in autumn.