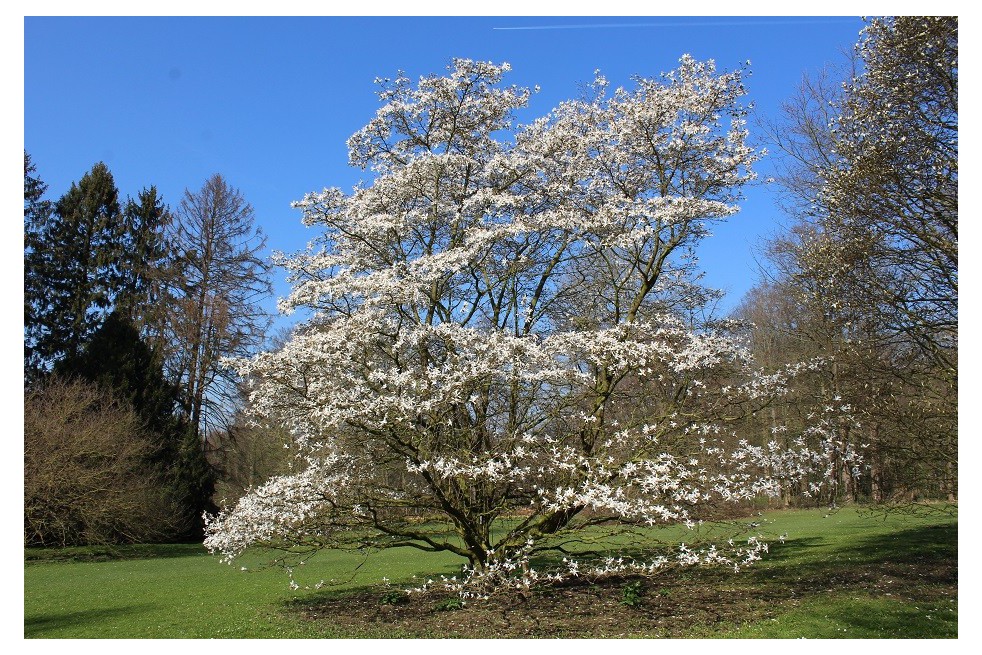 A large deciduous shrub native to China, the kobus Magnolia is especially cultivated for its magnificent, very decorative spring flowering. An early variety, it is one of the first magnolias to flower in spring. In fact, from March to April, the bare branches are covered with a profusion of flowers which open in stars releasing several immaculate white petals, sometimes slightly pink, delicately scented. The leaves, dark green in summer, then appear.

Can reach a height of 8 to 15 m for a spread of 9 m, the kobus Magnolia is a very hardy plant (it resists temperatures up to -15 ° C). It is a species which tolerates limestone but which prefers rich, fresh and well-drained soils, exposed to the sun or to partial shade, sheltered from cold and dry winds.

Remarkable shrub by its spectacular flowering, kobus Magnolia will be beautifully planted, isolated, in the middle of a lawn. It can also be installed in beds, associated with other shrubs like rhododendrons.