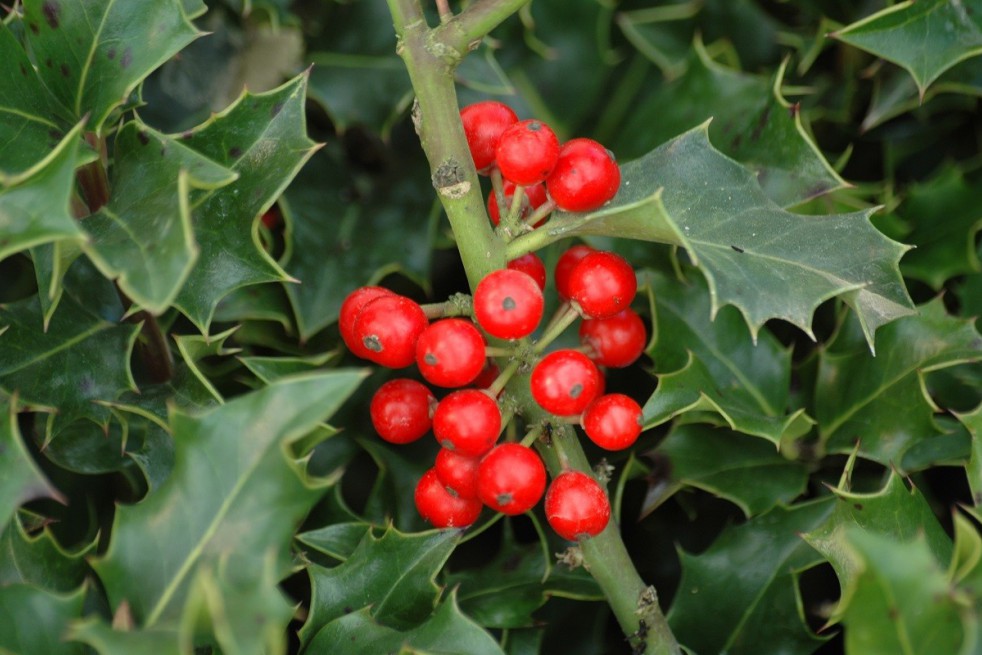 Evergreen shrub of the family Aquifoliaceae, the Ilex Aquifolium, better known by the common name of holly, is...
More details

No reward points for this product because there's already a discount.

Evergreen shrub of the family Aquifoliaceae, the Ilex Aquifolium, better known by the common name of holly, is an ornamental plant very popular with enlightened and amateur gardeners. Of very slow growth, the holly has a low port, of conical or rounded form, and can reach to adulthood a circumference of 3 to 5 meters. The leaves of the Ilex Aquifolium alternate between rounded and serrated forms, giving it a varied appearance.

Holly appreciates semi-shaded areas but can quite withstand exposure to the sun as well as very low temperatures. Its small pinkish-white flowers are followed by bright red berries which gives it the most beautiful attributes to observe.

Often used at end-of-year celebrations such as Christmas and New Year's Day, the holly ornaments so beautifully the gardens in winter but also in summer. Ilex Aquifolium enjoys rich, acid soils and is at home in the undergrowth. In addition, the Ilex Aquifolium can quite evolve in pots, its dimensions being then reduced, in order to ornament the terraces and balconies.

Finally, asking little or no particular maintenance, holly will evolve at its own pace in the space that you will have dedicated to it and this during a longevity that can reach several centuries.