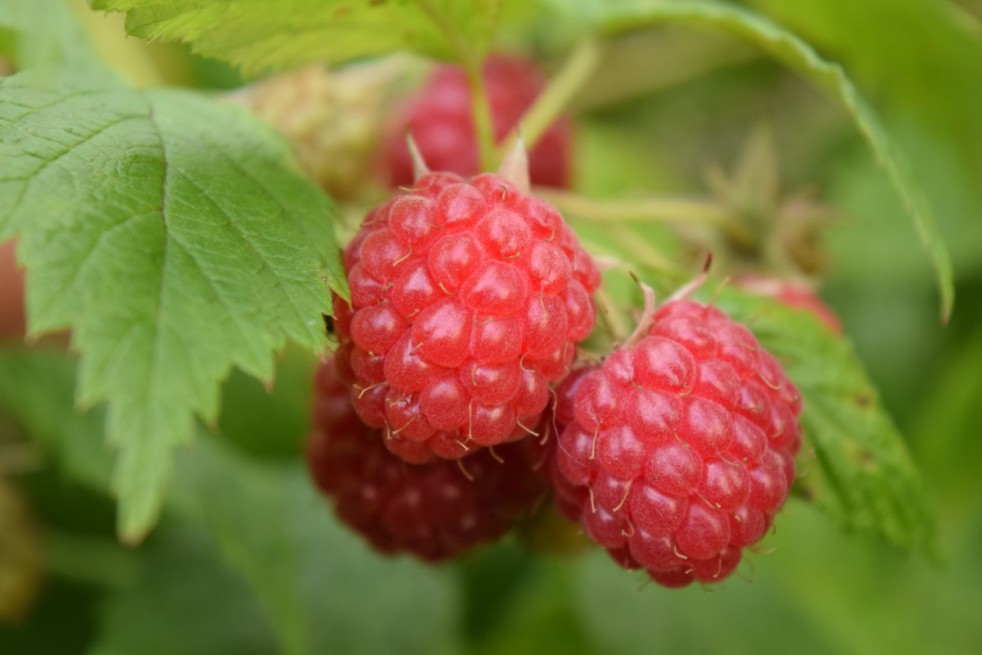 Very productive, this variety of self-fertile raspberry is non-rising. Its tasty fruits, much appreciated for their pronounced aroma, are of an average size, about 1.5 cm. The early picking extends from mid-June to the end of July.

Its abundant fruiting, will allow you to taste its tart and firm fruits according to your inspirations, in pie, sorbet, smoothie, coulis, jam, jelly ... All culinary delusions are allowed!

The Rubus Idaeus Willamette is grown in full soil or in a pot. Of an average size, approximately 1.5 to 2 meters in height at the adulthood, and of a spreading not exceeding 1 meter, it will be appropriate for the small spaces.

Resistant and not very susceptible to diseases, The raspberry Willamette is easy to care for. In winter, the shrub tolerates negative temperatures of -25 ° C.

In order to optimize its production, do not hesitate to thin it at the end of the year, by cutting the weak canes close to the ground, to keep only 3 vigorous twigs per foot. The rest of the year, an organic contribution in spring and a good watering in season will be enough to satisfy him.

Finally, a sunny exposure will allow the raspberries to reveal all their flavor and fill your taste buds.

And for the greediest who wish to extend the season, it is advisable to associate the raspberry Willamette with an Autumn Bliss with fruiting going back until October!