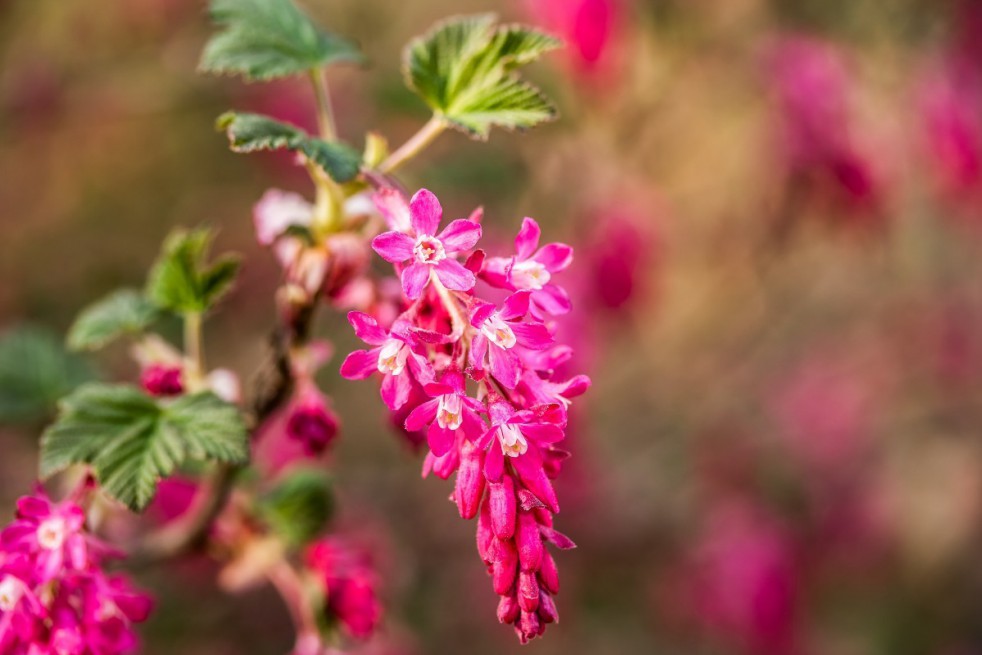 Originally from America, the Ribes sanguineum King Edward VII also known as the Flowering currant King Edward VII is a bushy and compact shrub with deciduous foliage that will surprise you with its magnificent spring flowering, one of the earliest after that of Forsythia. You will also appreciate it for its ease of cultivation, its hardiness (resistant to cold down to -20 ° C) and its robustness.

From the month of March, abundant flowers of bright pink color, in hanging nectariferous clusters, develop on the twigs just leafy, they are beautifully highlighted by a light green and embossed foliage which exhales a scent of blackcurrant. The bloom, which lasts until May, is followed by decorative black berries, a feast for the birds.

Ribes sanguineum King Edward VII will do wonders in a flowering hedge or in a bed, associated with other spring-flowering shrubs such as forsythia and lilac. It can also be planted in isolation.

The Flowering currant King Edward VII reaches a height of 1.50 m to 2 m at maturity for an equivalent width. It grows in any soil nd any situation. Placed in the sun, its flowering will nevertheless be more spectacular. It appreciates a fresh, well-drained soil enriched with humus. A maintenance pruning is enough, you will remove the weak branches and the dead wood.

Greet the arrival of spring and enjoy its generous flowering by installing a Ribes sanguineum King Edward VII in your garden. The show is guaranteed!