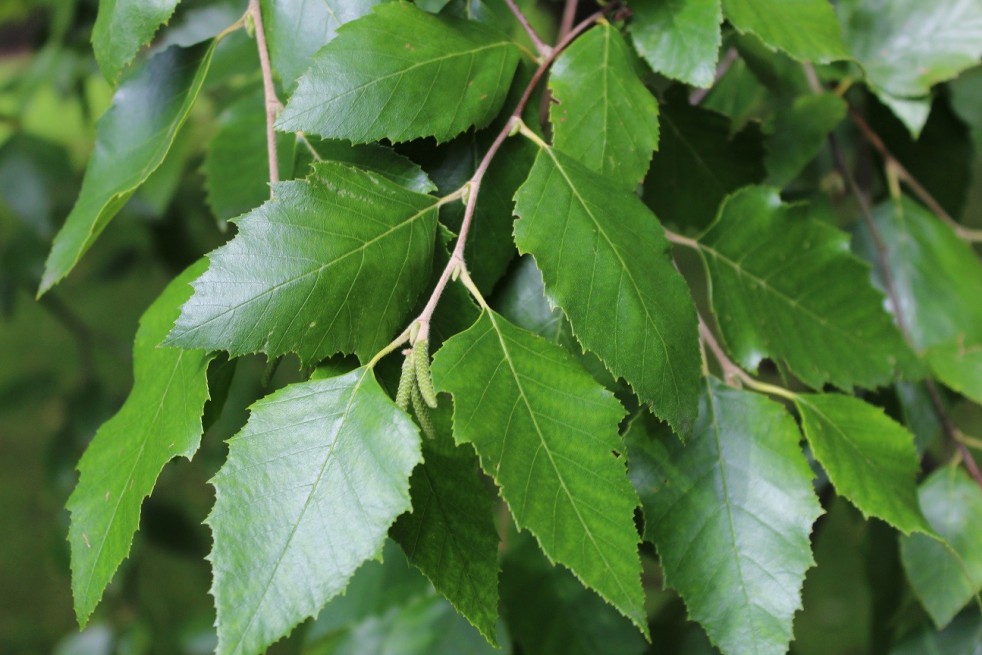 The Black Birch or River birch, is a tree originating from the United States.

The Black Birch or River birch, is a tree originating from the United States.

Betula nigra is a tree with a flexible and graceful port, with a light, green, deciduous foliage that turns golden yellow in the fall, of rapid growth, it will reach adulthood between 10 and 15 meters.

Black birch owes its name to its particularly decorative bark, with brown hues and red highlights, which exfoliates and reveals an orange-gray trunk.

Betula Nigra is a very hardy tree, able to withstand long, rigorous winters with frosts up to -20 ° C, like drought and wind. It requires little care, is very easy to maintain and adapts to all soils and requires exposure to the sun or partial shade.

For a nice effect, we can also plant at the foot of the tree cover species such as Bear's garlic or Roman chamomile.

The Black Birch will be perfect in shrubbery to highlight the changing colors of its bark in winter, but it can also be used in alignment or as a windbreak.