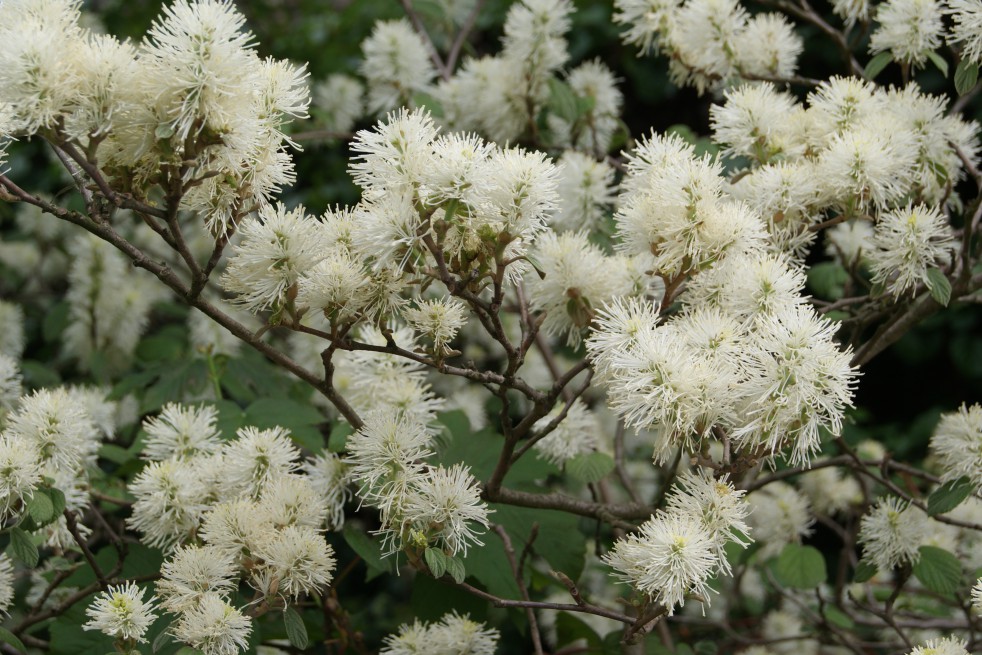 The Fothergilla major, also called Witch alder , is a flowering shrub Native to North America, this shrub is...
More details

The Fothergilla major, also called Witch alder , is a flowering shrub Native to North America, this shrub is still relatively uncommon in our regions.

From April to June, it is adorned with white flowers, sometimes pulling cream. Without petals, they are composed of long stamens, whose shape is reminiscent of a tassel, and give off a pleasant scent of honey.

The Fothergilla major has dense, round, slightly toothed leaves. Bright green at the time of flowering, they are tinged with red, orange and yellow in the fall, for a flamboyant result.

If it blooms rather in a sunny location, it will also fit a slightly shady garden. The Fothergilla major especially appreciates the rich and humid soils, with acid tendency. For this reason, he likes in the company of heather plants, which he completes the shrubbery with originality.

The adult Fothergilla major can reach 2.5 m in height, spreading about 2 m. It is renowned for particularly good resistance to diseases. Likewise, it does not fear the cold, withstanding negative temperatures down to -25 ° C. Many advantages, both aesthetic and practical, that will make a Fothergilla major an addition of choice for the beautification of your garden.