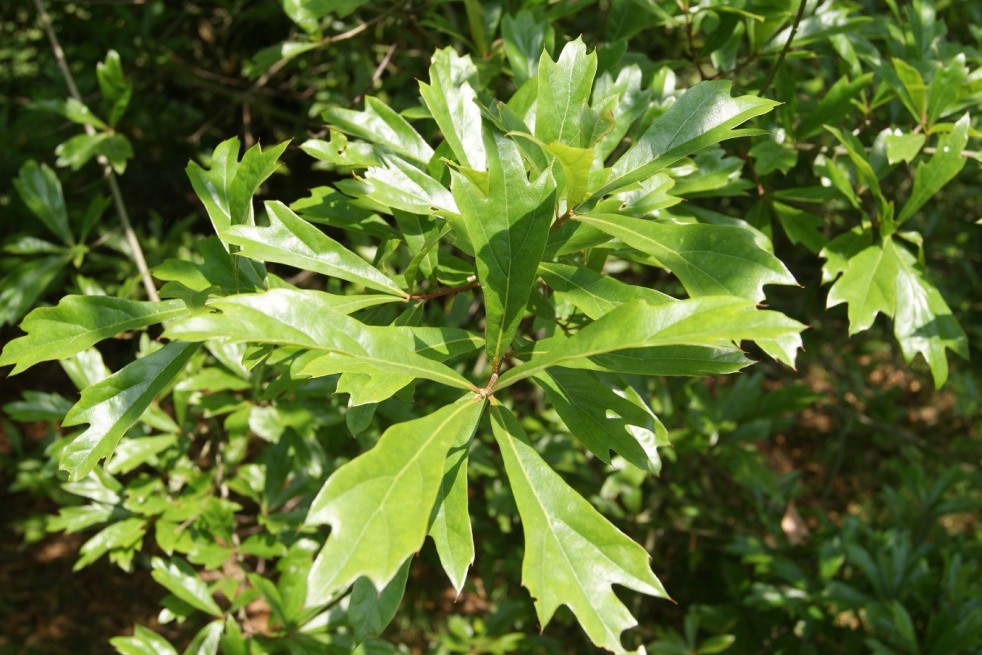 The Quercus nigra also called Water oak is a deciduous to semi-evergreen of medium size, with a wide, rounded...
More details

The Quercus nigra also called Water oak is a deciduous to semi-evergreen of medium size, with a wide, rounded crown, native to the Southeastern United States. It is recognizable by its leaves in the shape of water drops. This variety of oak likes wet soils, it is perfectly suited to marshy environments.

A fast growing tree, the Water oak can reach 20 m in height for a spread of 8 to 10 m. It develops young reddish-brown twigs. Its trunk, whose bark is dark gray, is initially smooth and then furrowed with time. The leaves of variable shape, sometimes entire, sometimes trilobed, always wider at the base than at the end, hence their resemblance to a drop of water, are green to bluish in color, paler on the reverse. They take on a nice golden hue in autumn and do not fall until late in winter.

The flowers appear in May. They are followed by the appearance of large, oval, almost black acorns streaked with brown, embedded in a shallow cup covered with pubescent reddish brown scales.

The Water oak is a bioaccumulative species that absorbs and cleanses soils loaded with metals such as lead.

Hardy, Quercus nigra can withstand temperatures down to - 22 ° C. It adapts to all types of humus and cool soil, but it does best in acidic environments. It requires a sunny exposure and a lot of water but tolerates drier and compact soils. Plant it in isolation or in alignment preferably near a stream or along the banks of a pond.